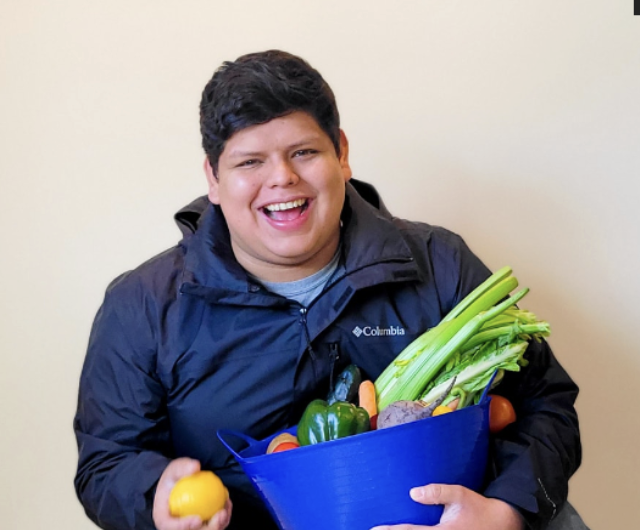 Manny Vallejo Conalgo was born in Sleepy Hollow, New York on February 5th, 1989. Manny lived six years in Guayaquil, Ecuador where his parents and all his family is originally from.  He moved to the Wood River Valley when he was six years old. He attended Wood River High School and graduated in 2016.  In high school he played basketball, football, wrestling and track and was in many clubs.  Playing sports taught him many life lessons including what it’s like to be a part of a team – whether they were winning or losing.

After graduating high school, he worked at AT&T.  In December of 2019 Manny married the love of his life, Jennifer Ambriz.  In 2021 Manny and his wife bought their first home in Shoshone, Idaho where they currently live with their two dogs, Max and Rocky.

In February 2022, he chose to change careers by applying and obtaining a job as the Warehouse Coordinator for The Hunger Coalition in Bellevue, Idaho.  Since moving to a non-profit organization, Manny has found a passion not only helping others but helping others achieve self sufficiency. He hopes to continue to learn and grow at The Hunger Coalition and, with this experience, move up in the organization.

Manny is very excited to be part of the 2023 Boards and Commissions cohort and plans to use what he learns to effect change in his community.

Back to 2023 B&C Fellowship Cohort