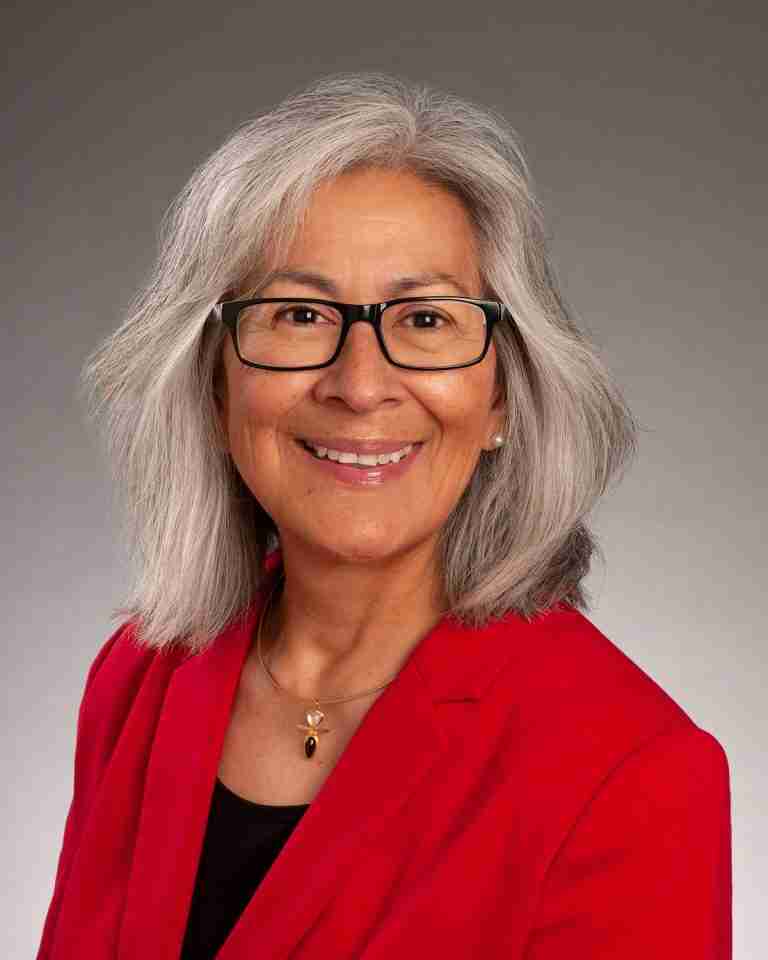 María González Cárdenas was born and raised in the Rio Grande Valley of Texas.  In 1970, María migrated with her family to the Mini-Cassia area of Idaho and settled out of the migrant farmworker stream.  María worked in Idaho’s fields through the summer of 1974 before going to college. María graduated from Minidoka County High School in Rupert, Idaho. She obtained a Bachelor of Arts in Elementary Education (multicultural and bilingual emphasis) and a Master of Business Administration from Boise State University.

María’s work has focused on farm worker issues (worker’s compensation, minimum wage, farm labor contractor licensing & bonding, and pesticide education) and Latino political empowerment (voter registration, education, and mobilization).   María was a 2003 finalist for the Ford Foundation’s Leadership for a Changing World award and was a 2005 Alston/Bannerman Fellow.  During January 2008, 500 Years of Chicana (Women) History was released and María (and some of her activist work in Idaho) is featured.

María has served as Latina Outreach Coordinator for Women’s Voices for the Earth (WVE), Missoula, MT.  She has conducted outreach and community education services on women’s leadership and other environmental health campaigns (medical waste incinerator at the VAMC, Boise, and mercury in seafood campaign against Albertsons Food Centers) targeting women and children.

She has also served as part-time Executive Director for the Idaho Hispanic Caucus, Nampa, Idaho and has been the Project Director for Idaho Latino Vote.  She has worked for both federal (SSA – Public Affairs Specialist) and state (Department of Labor – Farm Worker Monitor Advocate) government.

Just recently, María retired from Boise State University’s College Assistance Migrant Program (CAMP) where she served as the Follow-up/Career Counselor and CAMP class Instructor. She is also a small business owner (Power of Translation) and is a Certified Court Interpreter for the State of Idaho.

María has served on various Boards including the Idaho Hispanic Caucus Board, Fund for Idaho Board, Mujeres Unidas de Idaho, and Western States Center (Portland, OR).

María has four daughters, Andrea, Annette, Marisol, and Marisa. She is the proud grandmother of eight grandchildren (four granddaughters and four grandsons).

Back to 2022 B&C Fellowship Mentors