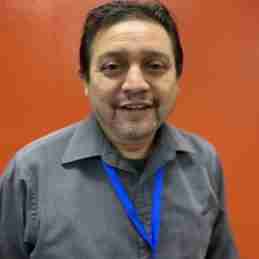 Ricardo Godina currently resides in Caldwell, Idaho. He was born and raised in the Caldwell area and has strong ties and connections to various employers and the community. He was raised working in the hop fields in the Wilder area as his dad was the farm labor contractor for a hop grower. Ricardo was a supervisor at Hewlett Packard for three years, managing over 30 individuals building Laser Jet printers. He was then promoted to Manufacturing Manager at Jabil Circuit where he built products for customers such as Nokia, Redback, and Hewlett Packard. As a MFG manager, he was responsible for 12 production supervisors and 450 production workers. Ricardo has given presentations at Gonzaga University and Palo Alto on the high-performance model, and has had assignments training workers in Bergamo, Italy and Tijuana, Mexico.

Ricardo is currently the Employment and Training Manager at Community Council of Idaho and the Chairperson and co-founder of Hispanic Health and Technology Careers Conference. He served as a board member at Idaho Migrant Council for eight years, and has also served as an advisor at Rocky Mountain Business Academy and Engaging Latin Men.

Ricardo says he is “driven in this point of my life to guide and help others succeed.” He wishes to meet others and learn from them as they may learn from him.